Seattle, 1960s to modern day, becomes the stage for a reprisal of one of the most famous stories of our time: Oedipus Rex.  The man who kills his father and marries his mother is not necessarily a man we can imagine in our current time, but Guterson masterfully retells this story in a believable, accessible way.  He makes us love the characters, hate the characters, and he makes us incredibly squeamish about the illicit incestuous relationship between Ed King and his mother.

Ed King goes from high-school bad boy to nerdy math student to Silicon Valley billionaire.  It is a believable journey, as is the trajectory of Diane Burroughs, his mother who gives him up for adoption after extorting money from his birth father. Told in differing perspectives for each chapter, this book had me compelled to finish it, even with the weirdness of reading about the Oedipal relationship.

I’ve always loved Guterson’s writing, from Snow Falling on Cedars to The Other.  He somehow puts into words all the things I’ve ever worried about but makes them seem important. For example, as Walter Cousins, Ed’s dad sits at his little cottage by the ocean, he thinks to himself: “The bottom line was that he didn’t want to die. As far as he was concerned, death was the problem. The basic human problem. Everyone’s problem. He wasn’t any different from anyone else, but there was no consolation in that.” For some reason, reading about the existential crisis of people in books makes me feel far less worried about all the little things I worry about. 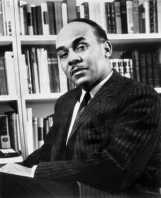 Ralph Ellison was born on this day, March 1, in 1914 in Oklahoma City, OK. He was best known for The Invisible Man, his 1952 novel, which addressed social issues of the time for African-Americans.

Here are some memorable quotes from that novel: